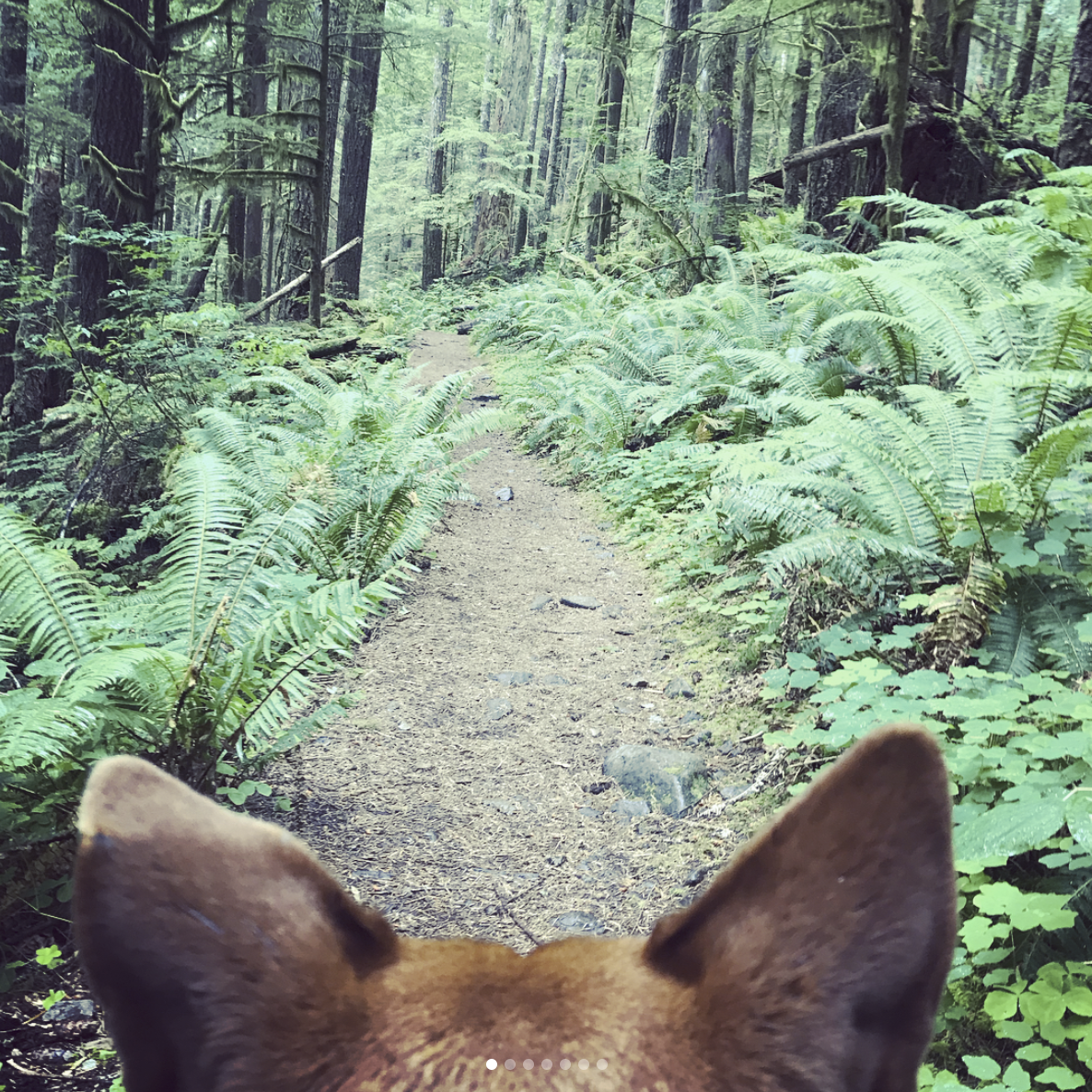 Today on a walk with my beastie I came across a wandering stray dog in one of the neighborhoods of Hillsboro. The dog was beautiful but had no collar and had beginnings of what looked like mange and a wound on top of his tail. He did not come to me but came to Opee and Opee stood there not wanting to leave. He might have sensed that the dog was in trouble and was a fellow stray (Opee lived on the streets for 3 years before I adopted him). It was heartwrenching as there was nothing I could do: I did not have a second leash, we were 3 miles on foot away from my house, and I did not want to touch him because he might be contagious with his mange. It’s Memorial Day, things are closed and in any case there is COVID closure as well so calling animal services was pointless. The only thing I can do is hope that someone in the neighborhood will notice him and take him in. I felt helpless and angry because the possible scenario could have been that he was just dumped by his owner, thus no collar. It broke my heart. Stupid me did not think at the time to take his picture and post it on Facebook. I only thought of it when we got home.

This is a third time I came across a stray dog here. Once in the woods: there were two just playing with each other, and another time also in a neighborhood — beautiful Sheppard dog without a collar. Both times in the middle of the walk. The last one I could do something about. I called animal services and lured the dog in the dog park nearby. The people on the phone were not friendly and perhaps were suspicious that it was my dog and I was trying to discard him. I don’t blame them. They probably deal with it a lot. What I don’t understand is how they became strays. This is a well-to-do, dog-friendly neighborhood (yes, I am privileged). Every second person who lives here has a dog. Every second person has the means to support and take care of their dogs. How does it happen? Even though there is a possibility that the dogs ran away but the thing is, dogs run away for a reason whatever it might be.

This is a sad day for me as I can’t stop thinking about that dog and his future. Where would he end up? Would he be forever suspended in his bad circumstances looking for food or perhaps his owner? I keep looking at my dog and remember how he got lost in the woods after I just got him but he found his way to my car. He wanted to come back. And that warms my heart. We had a bond right from the beginning. I keep hugging him and the only thing that comes to my mind is, “Please stay with me.”