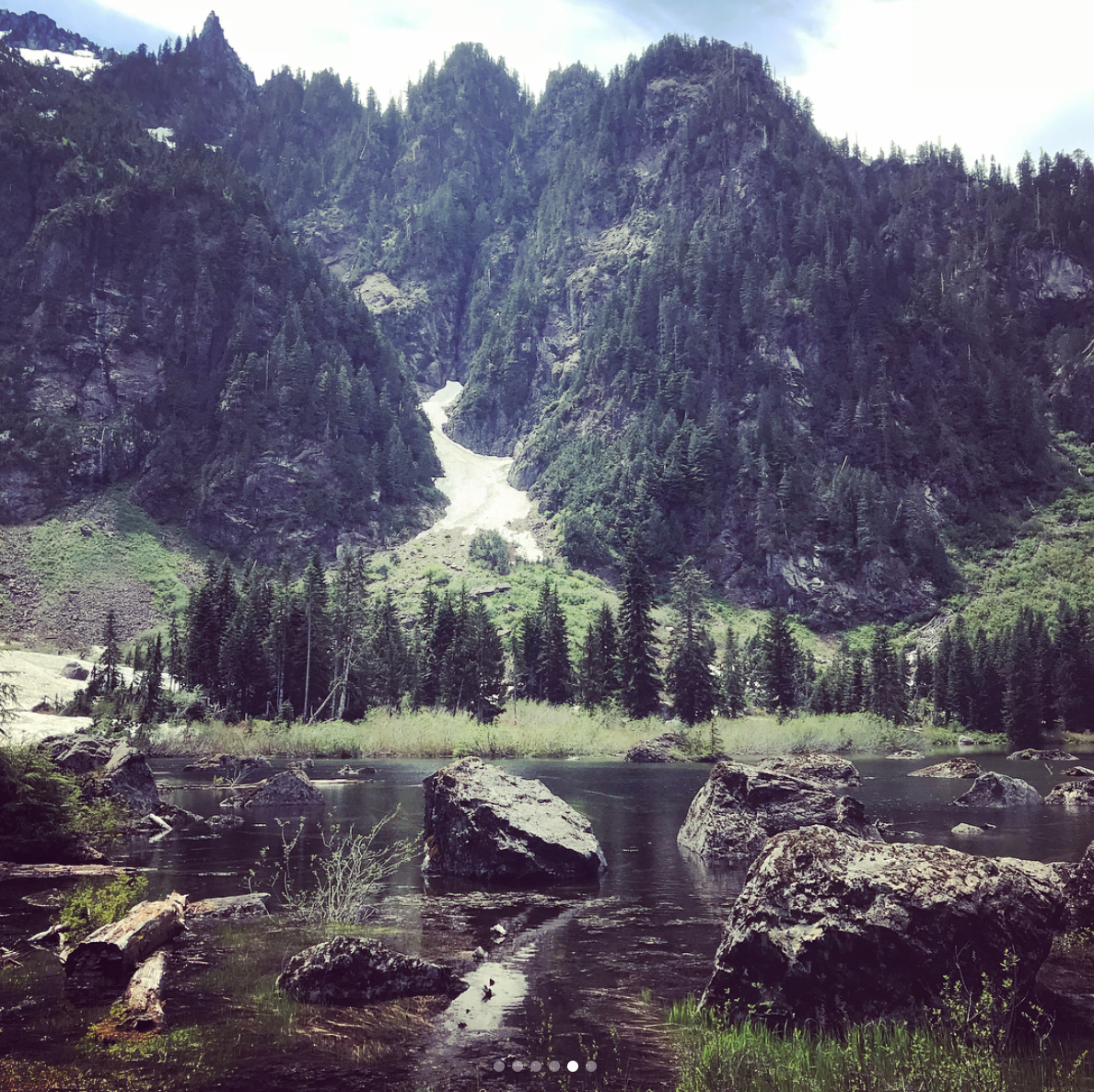 I came home from work early only to find out that my dog is laying by the window observing the shitty weather that we had for months now and refusing to go outside. I can’t say I blame him. It’s shitty — raining and cold. What I am wondering about is how long can he last without doing his business. Oh boy, I would hate to have to take him outside in the middle of the night after a few glasses of wine. Little asshole.

Anyhow, I found the book I was talking about in the previous post, “This Book Will Change Your Life.” It’s the second book in the series — the one I have not gone through but have gotten published my own page with a task. I did the first edition 20 years ago and had fun updating my friends vie email on the developments. Who emails their friends anymore? Right?! Word!

So, without further ado here is my first day of funny tasking. It is called the “Warm Up” day. I guess you have to build it up to weirdness. And believe me, some of them are pretty darn weird. I can’t believe I just used the word “darn.” It’s 30 Rock show and Kenneth rubbing on on me. Like butter.

I had a choice today between 18 tasks. I won’t list them all here. As entertaining as it might be it will be a very long list and I am totally not into lists today. Instead, I will just write about the one I picked.

“Base jump off the chair” it is! First I had to pick a chair. Since I was at work the chair in my office is not only swiveling but is also high. Specially ordered for me since I am like 100 feet tall. Swiveling is not recommended for jumping off. I know from the experience as once I tried to change a battery in a fire detector on a similar chair and almost broke my neck. Not what I am shooting for. So I went in search of a non-swiveling one. Good luck in an office environment. Sometimes you just not notice some things in offices because your zombi self arrives at work in a catatonic state, goes through 8 hours continually being catatonic (best case: brain-numbed), and when it’s time to leave, you get out of there so fast that it’s impossible to see anything as you are traveling at lightning speed. Needless to say, I was in for a surprise. No non-swiveling chairs in my sight.

At this point, I almost gave up the task. However, it made me think I am a loser so I decided not to give up. It was miraculous to explore the office and the University library (where it is housed). So many new things! There are other people in the office? There are students in the library? I suspected there was someone by the sound of crunching chips in a mouth. I thought it was a ghost. But no. Living and breathing bodies with their noses in the books. Nerds! And so many in one place!

Anyhow. In spite of this new discovery, I embarked on a trip through the library in search of a real chair. Nothing. I guess everyone just likes to swivel. At this point, it has been so long that I had to go to the bathroom (sorry for the details). As I entered I noticed that a mysterious door to the bathroom supplies was left open by non-diligent non-secret-keepers bathroom staff. Of course I had to enter the magic room with the walls of toilet paper (for a minute the thought of stealing some entered my mind but then I remembered that I just purchased an extra soft version of that at Trader Joes so no need. But I saved the thought for future reference). As I enter I noticed that the path to the shelves was blocked. It was pretty dark in there and I had to feel my way with my hands. To my surprise, I felt something in an H shape. Could it be?! Indeed! Victory and completely unexpected. Yes, a normal chair! I guess even janitors need a rest. I was ecstatic. I pondered a thought of stealing and putting it in my office on the off chance that there might be a future task in the book requiring a normal chair but then decided against it as you do not steal from the people who work for minimum wage. Yes, I have a conscience. So I climbed on the chair and prepared to leap. What I did not account for is the low ceiling… You can imagine the outcome… My giant self almost pushed through it with my head. It hurt and totally messed up my dismount because when you are in an unexpected pain you just cannot dismount gracefully. So, I did not. The whole thing lasted 3 seconds and was awkward. No summersaults here.

That concluded my task of the day. Looking forward to tomorrow.